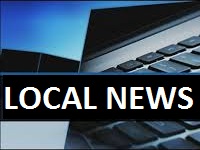 Four men have been arrested in connection with a reported shooting in Hemlington on Monday night;

...and Police are appealing for witnesses and dash cam footage after a collision on the A174 eastbound on Saturday evening.

A man has been taken to hospital after a reports of a shooting in Hemlington;

The volunteers of the Cleveland Mountain Rescue Team have been called into action in our area to assist an injured teenager;

...and a two-week long police campaign began yesterday in an attempt to raise an important safety issue on the roads of Teesside.

A woman was has been taken to hospital after falling down an embankment in Saltburn;

A missing man has been located and rescued after a night-time search by the crews of the Redcar RNLI;

...and a driver had a lucky escape at the weekend after his car caught fire after a crash on the A174.

Two men have appeared in court charged with reported drugs offences after a large amount of cash and cannabis was reportedly seized by Neighbourhood Policing Officers from a property in Redcar;

A mobile testing unit for Covid-19 will open in central Redcar from next Wednesday;

...and a two-week campaign is set to begin next week in an attempt to raise an important safety issue on the roads of Teesside.

Police are appealling for the public's help following a collision in Saltburn;

A man has been charged after a police officer was reportedly assaulted in Grangetown;

...and a police dog was used to assist officers with catching a suspected burglar in our area.

Police are appealing to trace two missing 15 year old boys who were last seen in our area;

Plans to build another large housing estate on Teesside are going before councillors;

...and Police are appealing after a young boy was involved in a collision with a car in Middlesbrough.

An ex-Army serviceman who claimed he had to set up a cannabis farm in his home after owing a debt to "unsavoury characters" has been jailed;

Drugs have been seized after a warrant was executed at a property in Middlesbrough;

...and an investigation into the death of a teenage cyclist has not resulted in any criminal charges.

Police are appealing for the publics help after two teenagers suffered injuries in traffic incident in Middlesbrough;

Two drivers have been arrested on suspicion of drug driving as part of a police operation to tackle serious and organised crime;

...and parents and guardians have been advised that children must be kept in isolation following Covid detection at Whale Hill Primary School in Eston.

The volunteers of the Cleveland Mountain Rescue Team were called into action in our area yesterday after a teenager collapsed in woods near to Guisborough;

Police say they are dealing with a number of reports of theft and attempted theft in the early hours of yesterday morning in the Stainton area;

...and Police have removed another nuisance motorbike from the roads in our area.

The volunteers of the Cleveland Mountain Rescue Team were called into action yesterday following a report of a woman who had sustained an injury in Errington Woods;

Police are appealing for witnesses or dash cam footage of a collision on the A66, near Teesside Retail Park;

...and People in the Kirkleatham area and elsewhere in the borough are being given the chance to find out more about plans being proposed for an extension and remodelling of Kirkleatham Hall School.